Larry Richardson: Meeting the needs of others in a time of crisis 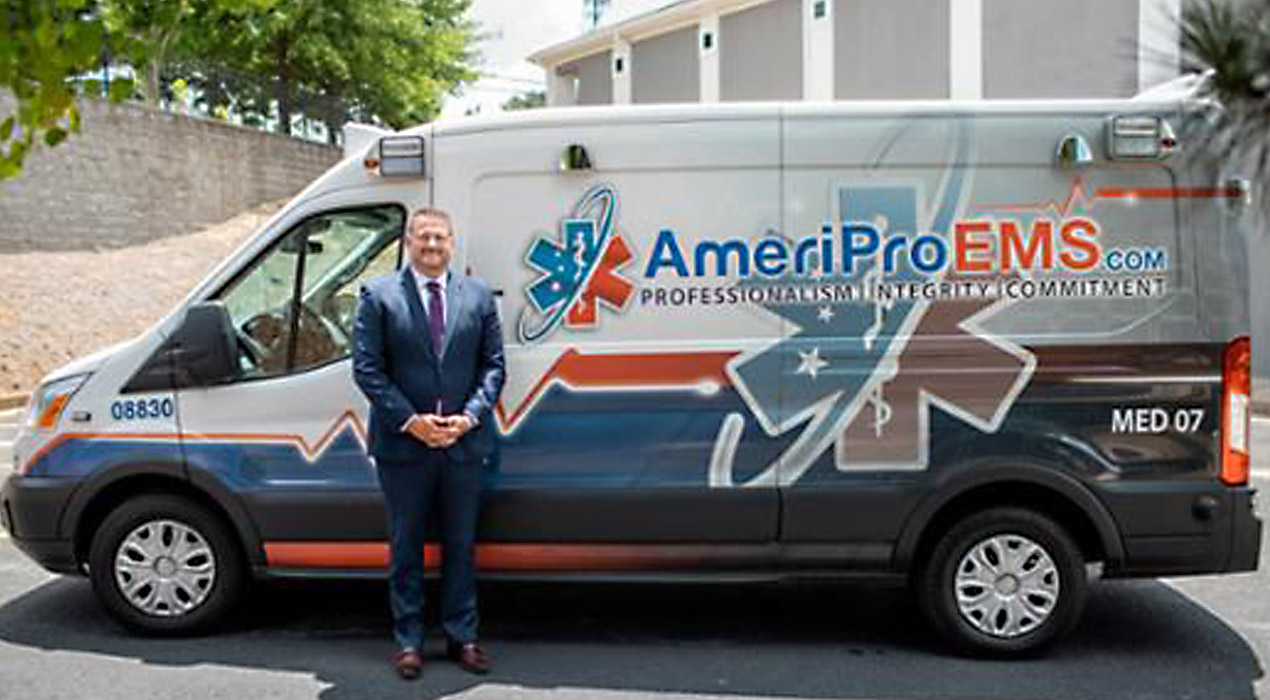 Clayton State alumnus Larry Richardson ’15 has always had a desire to serve his fellow man. After graduating high school, Larry joined the Marine Corps where he served for five years. In that time, he was stationed in Okinawa, Japan, which he recalled was an amazing experience to be exposed to the world through a different culture.

“I wanted to be part of something bigger than myself,” Larry says. “Defending this country is a great honor, and I feel fortunate to be able to say I did that.”

By 2000, Larry left the Marine Corps, but still felt the desire to serve. He joined the Fire Service for a brief period until after September 11, 2001 when he decided to begin his career in emergency management and homeland security.

At the time, emergency management and homeland security rapidly became the mission of the public safety sector.

“I wanted to be a part of that new direction,” Larry remembers.

However, the transition to civilian life did not come easy for Larry. In fact, it proved challenging at times, especially coming from the Marine Corps.

“We Marines have a different outlook on things, and it took time to understand not everyone has had the same experiences that I have had,” he says.

But determined to make a difference in his community, Larry put his energy toward his career as a full-time paramedic firefighter, as well as building an emergency management program for the city where he worked. At the same time, he took up classes at Clayton State to earn a degree in Emergency Management and Homeland Security.

The scheduling was grueling, with Larry working on average of 48 to 72 hours a week, all while going to school as a nontraditional student and raising a family.

“I would leave work with zero sleep and go straight to school,” Larry recalls. “Sometimes I would be up for 50+ hours straight between my work, studies, homework, etc. During that time, I also had two very young children. My son was two and daughter was three months old.”

Between the challenging coursework and amazing professors, he kept motivated to finish his degree.

“There were two professors I believe I can call any day for advice and were both instrumental in my success at Clayton State University,” Larry says. “Dr. Alexander Hall was my honors professor who took the time to coach me during my time at Clayton State. Dr. Bryan LaBrecque was also very influential. Both encouraged me to go to grad school to further my education, and I owe them a debt of gratitude.”

As Larry began to think about the direction of his career, he realized a need for an ambulance service that put customer service and employee satisfaction first.

“Being a paramedic is a calling. Paramedics see people at their worst times in life and are there to help them through that time,” he says. “I started my own company to offer a different level of service to our community and to help people during their times of need in other ways than just transporting them to a receiving facility.”

AmeriPro EMS is an all-encompassing medical transportation service that covers the Georgia and Metro Atlanta area. Larry designed the company to implement the latest in industry and safety standards that offers a quality patient experience, while providing efficient customer service to healthcare facilities.

For Larry, his company is not only an opportunity for him to serve others, but also a fulfillment of his dream of business ownership.

“When I worked for other EMS companies I always said, ‘If I had my own service, I would do this.’ I am an entrepreneur at heart,” he says. “Not until grad school, did I meet my business partner and know that my dream would become a reality.”

After leaving the Marine Corps in 2000, Larry’s service-minded attitude did not leave. He joined the Fire Service for a brief period until after September 11, 2001 when he decided to begin his career in emergency management and homeland security. This was not always easy, as transitioning to civilian life provided challenges and being a paramedic takes a certain type of individual.

“It’s a calling. Paramedics see people at their worst times in life and are there to help them through that time,” Larry points out.