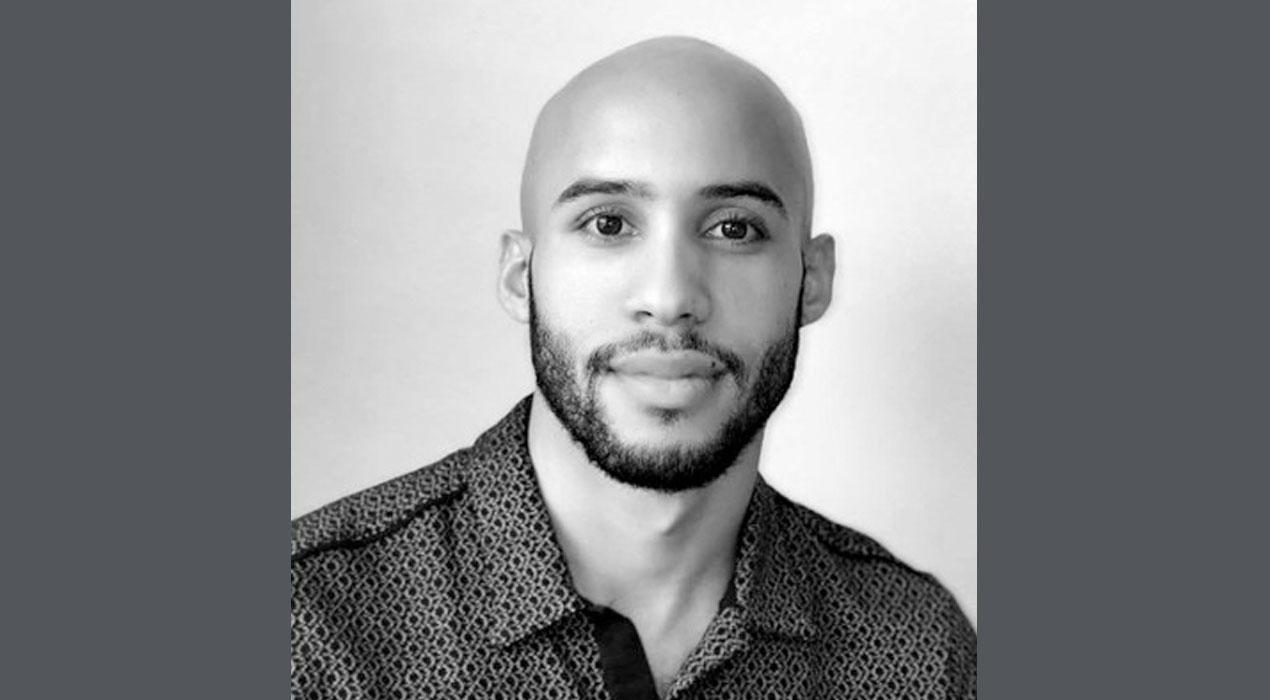 As an aspiring professor focused on race and racism in the United States and Latin America, Clayton State alumnus Edlin Veras ’13 directly contributes his experience at Clayton State to the professional trajectory he is on today.

“It was really cool because taking classes in Criminal Justice during my freshman or sophomore year was the first time I had a black professor,” Veras notes as he reminisces on what made him want to become a college professor.

Edlin came to Clayton State University from Hollywood, Florida as a student-athlete on a track and field scholarship. Being the first in his family to graduate high school, much less attend college, Veras vividly remembers realizing very quickly as a first-generation college student all he did not know. He arrived on campus with only $53 after having to spend almost half of the $100 he started with to pay for his bags being overweight on his flight. There were no toiletries or any other necessity in his bag besides clothes. He notes he just did not have anyone who could tell him these things.

Not having someone in his corner did not last long, though.

Quickly getting involved on campus, Veras participated in Athletics, joined AmeriCorps, and was active with his professors and various research projects. He notes Coach Mike Mead was instrumental in his acclimation to campus and life as a college student and that they continue to stay in contact to this day.

Veras also specifically mentions the impact the AmeriCorps program had on his professional and interpersonal development. As a member, he was involved in programs related to social justice, food disparity and scarcity, and he helped his ability to organize people.

“(AmeriCorps) gave me the ability to get complicated issues out to people in a digestible way and also that instills in them a sort of social responsibility toward that cause,” Veras says. He goes on, “I’ve been able to take that forward with me into the classroom.”

As a student majoring in Criminal Justice, Edlin initially wanted to be a crime scene investigator. During his time as a student, he realized he was more interested in criminology. Due to a redshirt year, Veras spent five year as a student at Clayton State and completed both a Criminal Justice and Psychology degree. These two degrees, and his engagement with his faculty, helped him get into graduate school at Georgia State University.

“Faculty were very instrumental in mentoring me, helping me get on research projects,” Veras states. Through these projects, he found a passion in research and teaching and developed his desire to become a professor, hoping to mentor black and brown students in the way he felt mentored.

After completing his master’s degree, Veras continued his dream and began a doctorate program at the University of South Florida and is working on his dissertation focused on Haitian descendants living in the Dominican Republic. Once receiving his doctorate, he sees himself at a regional comprehensive or liberal arts institution where teaching is emphasis.

Thinking about the last year and the rise of various social justice movements due the killing of several Black men and women, Edlin says in some ways these times are very bleak, but he take comfort in that there are folks who are putting in the work and organize and educate.

He elaborates, “We need to teach people how intertwined and embedded white supremacy is. The systems and structures in place benefit a certain group and disadvantage other groups, and historically, those who benefit are those who are white and those who do not benefit are Black, among other racial and ethnic minorities.”

At the intersection of his passion and his studies, Veras forecasts in his teaching and publishing career, “I hope not too much changes in terms of what I’m doing, I just the impact of what I’m doing can be greater.”

Edlin recently successfully defended his dissertation and accepted a position as a Visiting Assistant Professor of Sociology and Black Studies at Swarthmore College, one of the nation's leading liberal arts colleges.