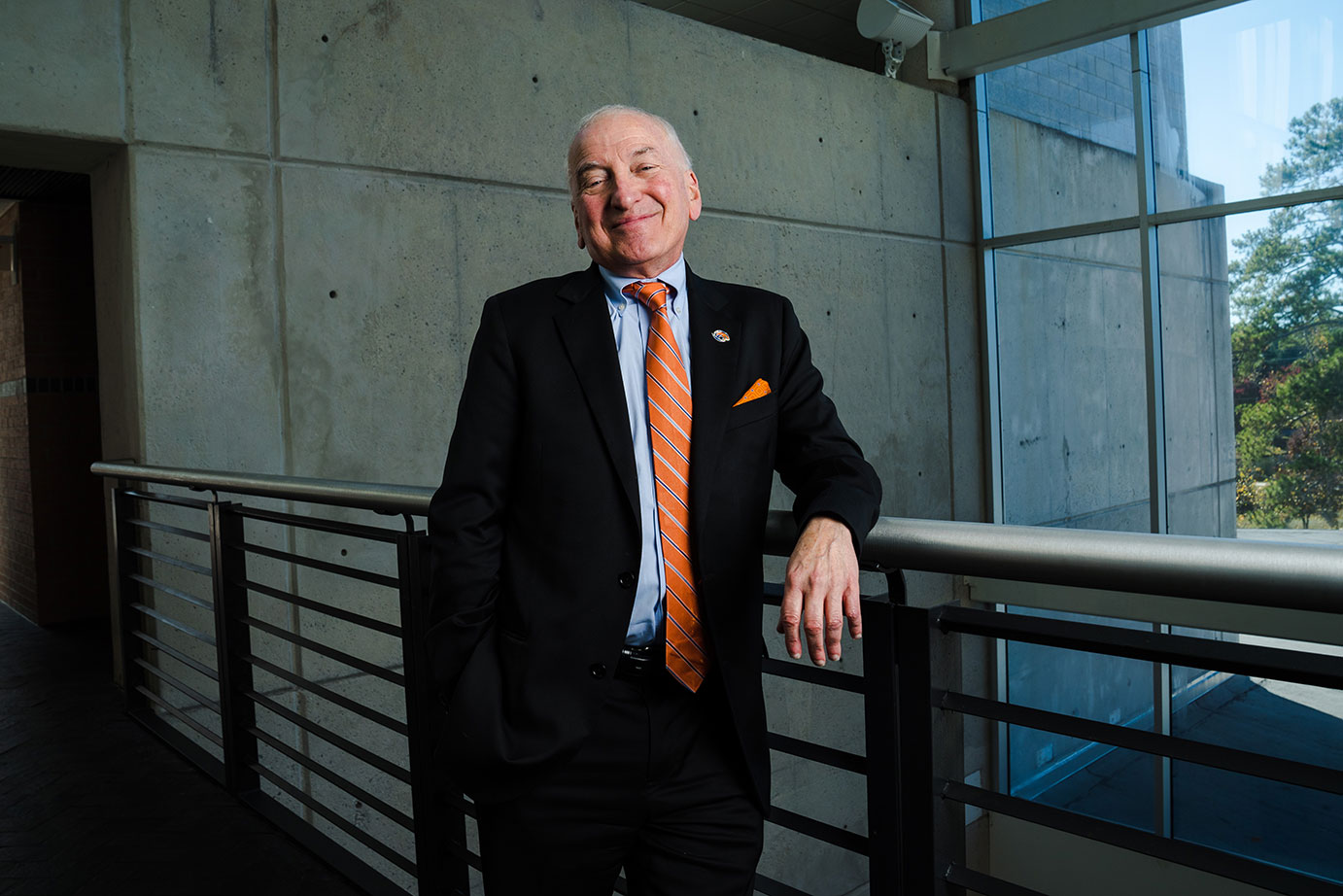 During the fall semester of 2020, Clayton State University President Dr. Tim Hynes announced his retirement, marking 12 years at the institution and 25 years of service in leadership roles.

Appointed as interim president for Clayton State in May 2009, the appointment was made permanent by the University System of Georgia (USG)’s Board of Regents in February 2010.

Since then, Hynes led the university in reaching several milestones, including overseeing two iterations of university-wide strategic planning as well as the first comprehensive university fundraising campaign.

The university also experienced a 9% increase in 4-year graduation rates, due in part to increased academic and career advising and academic support for students. In 2019, the New York Times listed Clayton State among 10 institutions nationally with the greatest level of graduation rates for students above what would have been expected by the income and other characteristics of the admitting class.

In speaking of his retirement, Hynes said, “Until the retirement date, I will serve USG, the university and its students with the same joy and enthusiasm I bring to work each day. I have been grateful for the constant support of Chancellor Wrigley, the Board of Regents, multiple governors and members of the General Assembly for me and for the students of Georgia, especially the students of Clayton State.”