Hollywood has called and Clayton State University has answered. Within the last year, students in the film department have made significant strides in the $9.5 billion film industry in Georgia through internships, new jobs and producing their own original works.

“The film faculty are extremely proud to see our students winning awards, having their films screened in film festivals nationwide, and getting creative jobs in the film and television industries,” said Jonathan Harris, associate professor of film. “In our film program, they learn the skills they need to be innovative and capable creators.  Our program graduates producers, cinematographers, editors, screenwriters and other creatives who have a solid grounding in how to create real-world, hands-on, collaborative projects. We also try to connect them with their first contacts in the industry and emphasize networking with industry professionals to make finding a career that much easier once they graduate.” 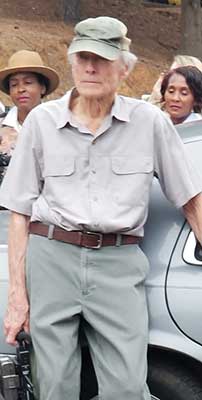 Film student Greg Gowers was cast in director Clint Eastwood’s critically acclaimed box office film “The Ballad of Richard Jewell.” The film, which centers on the 1996 Olympic Park bombing in Atlanta, Georgia, and the story of Richard Jewell, who was falsely accused of the bombing, was filmed in the summer of 2019. Bower played the role of a CNN cameraman that was part of a horde of reporters that hounded Richards every move for two months.

“I learned a lot about how a film set can be managed from this experience. Mr. Eastwood runs a ‘quiet set’ at all times. This means that he doesn’t yell ‘ACTION’ and ‘CUT’ nor does anyone else on set. This forces you to pay attention to what is going on at all times,” Bowers said. “You must always be on your mark and ready to perform. This is a part of how he can get an insane amount of shooting done in a short amount of time.” 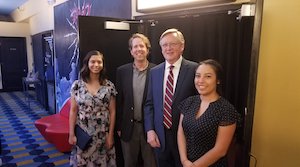 “I Am Here,” a collaborative short film produced by students from Clayton State, Georgia State and Sheridan Universities has been selected for a screening during the Morehouse Human Rights Film Festival.

The 20-minute short film tells the story of a brother and sister who were tragically separated in Syria. Due to remarkable circumstances, and the power of spoken word, the siblings are reunited and able to imagine their future lives together. 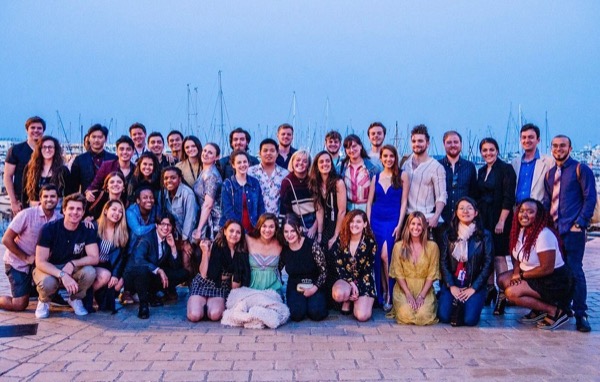 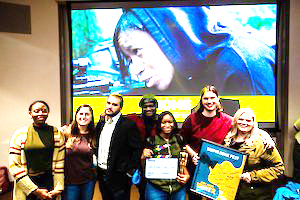 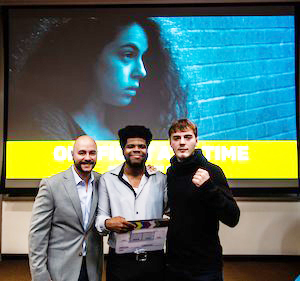 One Fight at a Time
by Carlos Douze, Erynn Gandelman and Quinn Reeder 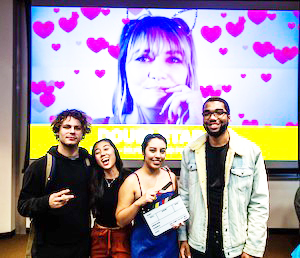 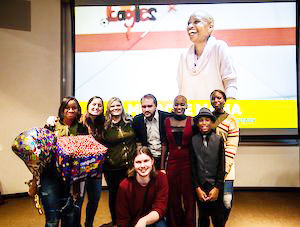 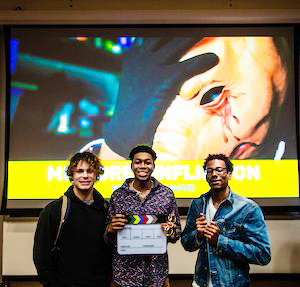 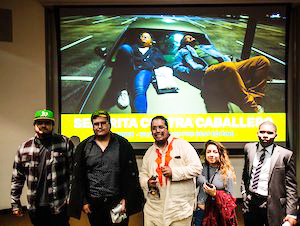 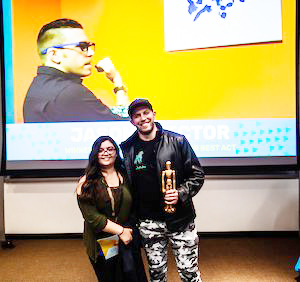 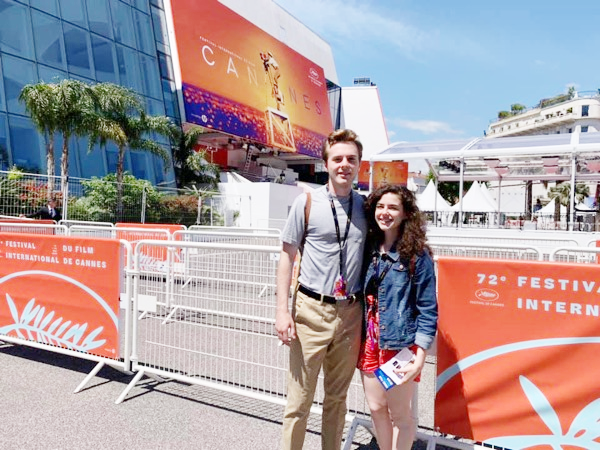 In addition to the awards, film production majors Erynn Gandelman and Quinn Reeder were selected to attend the 2019 Cannes Film Festival to screen their 2018 film, “What?,” as part of the Campus Movie Fest program. The film followed a girl stuck between two cultures struggling to fit in.

“The Cannes Film Festival was extraordinary! It was an experience like no other,” said  Gandelman and Reader. “We got to see how film premieres come together, attend networking events with industry professionals – made some very valuable connections – attended the screenings and premieres as well as sub-competitions within the festival and so much more. We would go again in a heartbeat. It was an overall amazing experience and we are proud of what we were able to accomplish with ‘What?’”

Film production major Celeste Smith has earned multiple awards and recognition for her short screenplay, “Moonlight Blues.” The script follows the story of Evangeline, a best-selling author, and Oliver, a local but well-known multi-instrumentalist, and explores whether the two can find love in one another or if they are too broken to be fixed.

The script won best short script at the Independent Shorts Awards, the Outstanding Achievement Award: Short Script from the Cult Critic Movie Awards and an honorable mention: Short Script from the New York Movie Awards. The script was also a finalist at the European International Film Festival and the Rome Independent Prisma Awards and was an official selection of the Austin Screenplay Awards.