Try to imagine a world with no singing, no poetry, no paintings; a world with no dancing, movies, or stage plays. Art is an escape, and it can evoke an emotional response from those who encounter it. Perhaps author and dancer Twyla Tharp put it best when she said, “Art is the only way to run away without leaving home.”

For the second year in a row, students from Clayton State University have harnessed their creativity to team up with Arts Clayton for a special month long exhibit held in the spring.

“The student art showcased at Arts Clayton creates the University’s attachment to the community. It is a window for the community to see our students’ creativity,” says Clayton State art professor, Alan Xie. “Art is about celebrating and remembering the diversity of humans.” Arts Clayton, a non-profit organization based in Jonesboro, GA, strives to enrich the community through the arts, and every March for the past two years, they’ve invited the University to participate in an exhibit as part of Art Education Month. While the exhibit itself doesn’t have a specific theme, Professor Xie says many of the pieces focus on coexistence.

“As an educator, I believe that art is an essential way for students to express themselves, launch their creative minds and relieve stress.”

Linda Crissey, Executive Director of Arts Clayton agrees. “Arts education is critical. It should be mandated in my opinion. We’re fortunate in this area because Clayton County has a pretty strong arts education program,” says Crissey. “I think the focus shouldn’t only be on STEM (science, technology, engineering, math). It should be on STEAM (science, technology, engineering, arts, and math).”

“Students create films not simply to complete class assignments. They do so to communicate their points of view, their stories, and information and feelings about the world. A film must be seen in order to communicate. Arts Clayton provides a space for our best student films to speak to a larger audience and community.” 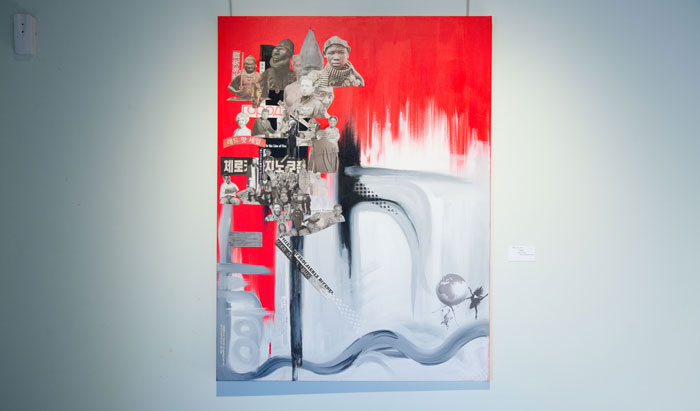 In the past, Clayton County hasn’t always received the most positive media coverage. However, professors Xie and Harris say things are turning around, and art could be the catalyst that helps bring change in the community.

“Art can be used to engage people in neighborhood revitalization. Clayton County is regarded as a culturally less developed area in Atlanta. That’s the reason I believe we need more art activities in this area,” says Professor Xie.

Professor Harris adds, “Arts Clayton is an example of the power of the arts to positively influence community.”

Numerous research studies have revealed that students in grades K-12 who are exposed to the arts tend to score higher on standardized tests, yet school systems across the country continue to cut art education programs as their budgets shrink. Chazalon Respress, a Liberal Arts major and Art minor at Clayton State, had some of her work displayed at Arts Clayton, and she says schools have to rethink their knee-jerk reaction to cutting art and music programs when budget issues arise.

“Without an art education program growing up, I feel that I may have lacked many of the skills needed to be an engaged and successful student.”

“The art education programs that I participated in strengthened my focus, confidence, problem solving and critical thinking skills as well as encouraged originality and helped to build my interpersonal skills,” says Respress. “Without an art education program growing up, I feel that I may have lacked many of the skills needed to be an engaged and successful student.”

As the next generation of Pablo Picassos, Steven Spielbergs, Misty Copelands and Carlos Santanas leave their mark on art, film, dance and music, galleries like Arts Clayton will be needed to showcase fresh, raw talent for many years to come.

Creativity can come in so many ways. When approaching a photo shoot and in need of creativity, I do a number of things. I first try to think of a unique way to tell that story. Is there anything visually interesting I can use that helps illustrate my idea? Or is there a particular way of lighting a subject that conveys the mood I want the viewer to feel? I also look at how this story, if told before, has been illustrated in photos. 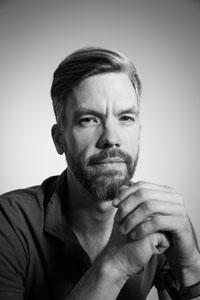 This can sometimes be dangerous because it can fix an idea in my mind that can be hard to escape when shooting. When shooting portraits, I sometimes pull the well-worn books from my shelves that were shot by the masters: Avedon, Leibovitz, Iooss and the like. Their work, though on subjects often very different than mine, can stir up ideas and concepts that I work into the photograph.