The Big Easy, also known as New Orleans, Louisiana, is where Professor Byron Jeff was born and bred. He is the ultimate Saints fan and a prominent member of the Computer Science and Information Technology Department at Clayton State University. 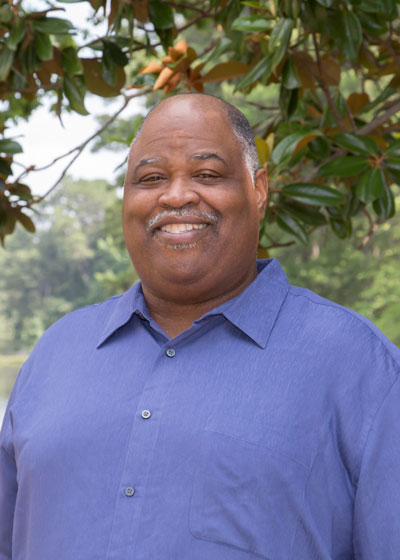 Professor Jeff graduated from the Georgia Institute of Technology in 1983 with a Bachelor’s Degree, Master’s Degree, and Ph.D. in Computer Science Technology. He recalls being acquainted with his first computer at about eleven years old, describing the experience as “Love at first sight.”

Dr. Jeff quickly developed a deep fascination with computers and technology. That same fascination is what led him to Clayton State University thirty-three years ago.

Here at the University he applies creative, engaged learning experiences for his students. For instance, he teaches students about Information Technology through programming mind storm robots in Java to navigate through mazes.

During my conversation with Dr. Jeff, he informs me that the robots he programs are a single element to a much larger concept.

“Robots are one aspect of physical computer technology. They are a vehicle used in teaching artificial intelligence concepts.”

His department also works on the programing of Raspberry Pies, which are used for all sorts of activities such as managing lights, pumps, and other physical items.

Raspberry Pie Zero can be considered the little brother of the original Raspberry Pie. It contains all of the same components of its predecessor, however the Raspberry Pie Zero is programmed to take appliances in your home and connect it to the Internet to manage them.

Dr. Jeff often asks his students, “How many computers do [you] think are in the room?”

They usually respond with the total number of laptops or monitors in the room. Professor Jeff enlightens them to the fact that they are omitting computers that they are unaware of, including their cellphones, watches, tablets etc.

When asked what advice he would have for young scholars in pursuit of an education in Information Technology he states, “Students building projects with robots are a part of computing that I really do encourage.”

Jeff also stressed the importance of retaining information through trial and error rather than just simply looking up an answer via the web or other means.

Dr. Jeff works toward showing students the difference between being familiar with information and being able to apply the information they’ve learned to enhance their computing skills. “The most important theory for computing that people need to understand is just because you can look up the answer on the internet does not mean you know it well enough to use it.”