No, these are not the names of the next Hollywood blockbuster films. These are themes from which groups of elementary and middle school students think like scientists and engineers to devise solutions for challenges during the annual FIRST LEGO League competition.

This tournament sees more than 28,000 teams from 80 countries that a passion for science, technology, engineering and mathematics—STEM—is cultivated among children.

Clayton County Public Schools (CCPS) is home several of these teams and is taking steps to get students interested early on in careers in STEM to be prepared for future workforce needs.

“The jobs of the future are in STEM. There is not an industry that is not affected by technology,” says Tasha Rainey, a Gifted Educator and 6th grade science teacher at M.D. Roberts Middle School. “Building plans are no longer drawn by hand, doctors no longer hand write a physical medical record, and satellite navigation is used by USPS and FedEx for more efficient route tracking. It is important that our students understand STEM, how they interact with it, and how they can change and make it better.” 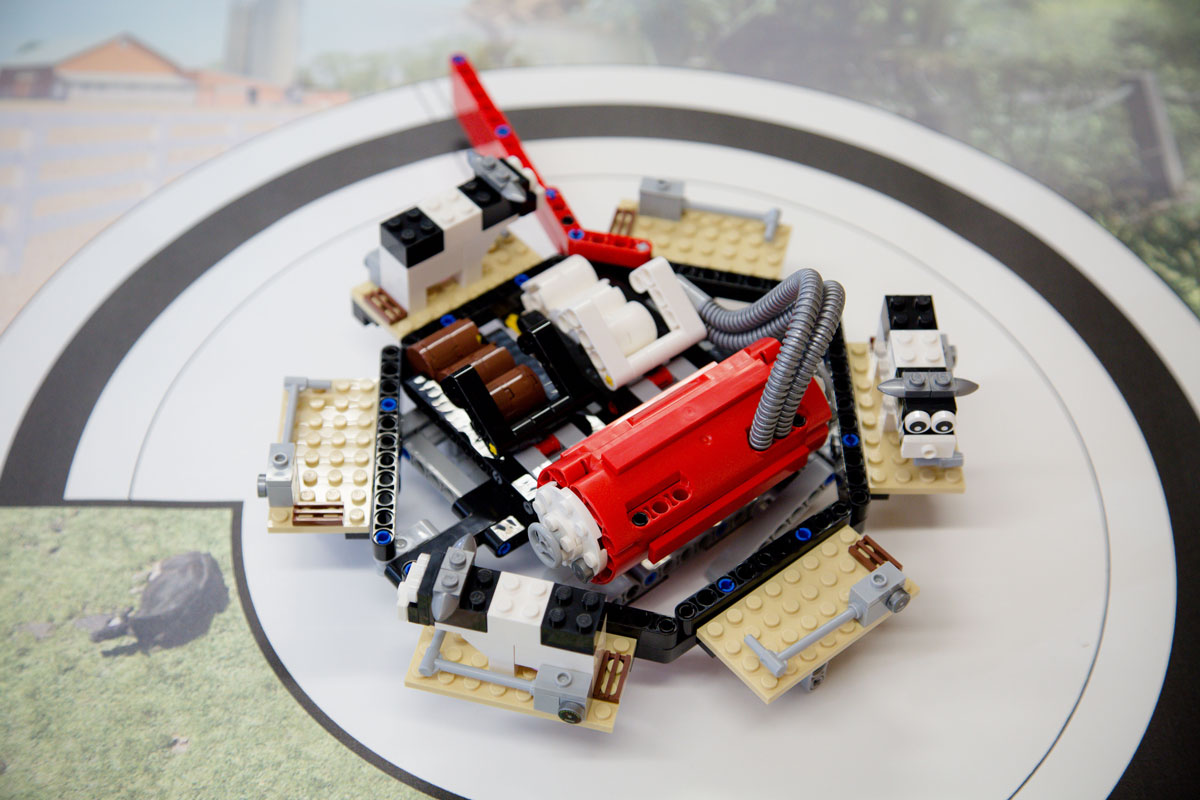 “The jobs of the future are in STEM. There is not an industry that is not affected by technology,” says Tasha Rainey, a Gifted Educator and 6th grade science teacher at M.D. Roberts Middle School.

But an 18.7 percent projected growth in science and engineering occupations reported by the U.S. Bureau of Labor Statistics does not mean the interest among students is on the rise. In fact, it may be declining.

Interest in STEM fields among highschoolers steadily rose between 2004 and 2009, but has since dipped in recent years, according to the 2015 U.S. News/Raytheon STEM Index. The 2016 Index showed a slight increase in education and general interest, but that has come mainly from foreign students despite years of investment in attracting more Americans to the field.

“As more manufacturing and industrial jobs are outsourced to other countries, our economy is increasingly becoming knowledge-based,” says Dr. Scott Bailey, assistant professor of mathematics at Clayton State.

And with data showing an average of 700 students dropping their STEM major every week, Bailey says, main street America could suffer a “brain drain” that would wipe out the talent needed to grow communities.

“While the decline in STEM education is a threat to the national economy, it becomes an even larger threat to local economies such as Clayton and the surrounding counties whose sustainability and growth largely depend on local talent,” Bailey says.

When the robotics team at M.D. Roberts Middle School prepares for the FIRST LEGO League competition, it takes some ingenuity, engineering and a little technological know-how to construct a robotic and make it move.

Preparation takes months, but the students quickly learn how to work as a team, relying on each other to solve problems and supporting each other through failures and setbacks.

“The biggest improvement that I have seen in my students is their mindset,” says Victor Martinez, a STEM teacher and the middle school’s robotics team coach. “They approach problems posed to them differently. The student begins to have this ‘I can’ type of attitude when it comes to problems of any kind.”

Clayton State hosts the FIRST LEGO League Super Regionals each January that consists of teams of students ages 9 to 14 constructing and designing a robot made of Lego building blocks to compete in a game. Not only do they have to do technical design, but students have abide by the LEGO League’s Core Values—working together as a team, discovery and gracious professionalism.

Faculty, staff, and students at Clayton State support this event in many ways including becoming official judges as well as hosting a practice session in the months leading up to the big day.

“The collaboration with Clayton State University has been one of the greatest parts of the robotics program. It has provided the support we needed to strengthen the program while exposing the students to the college environment,” says Dr. Tonya Clarke, mathematics coordinator at CCPS.

Clayton State’s footprint in Clayton County doesn’t stop at the robotics competition. The University’s College of Information and Mathematical Sciences takes a grassroots approach to connecting families with STEM resources. 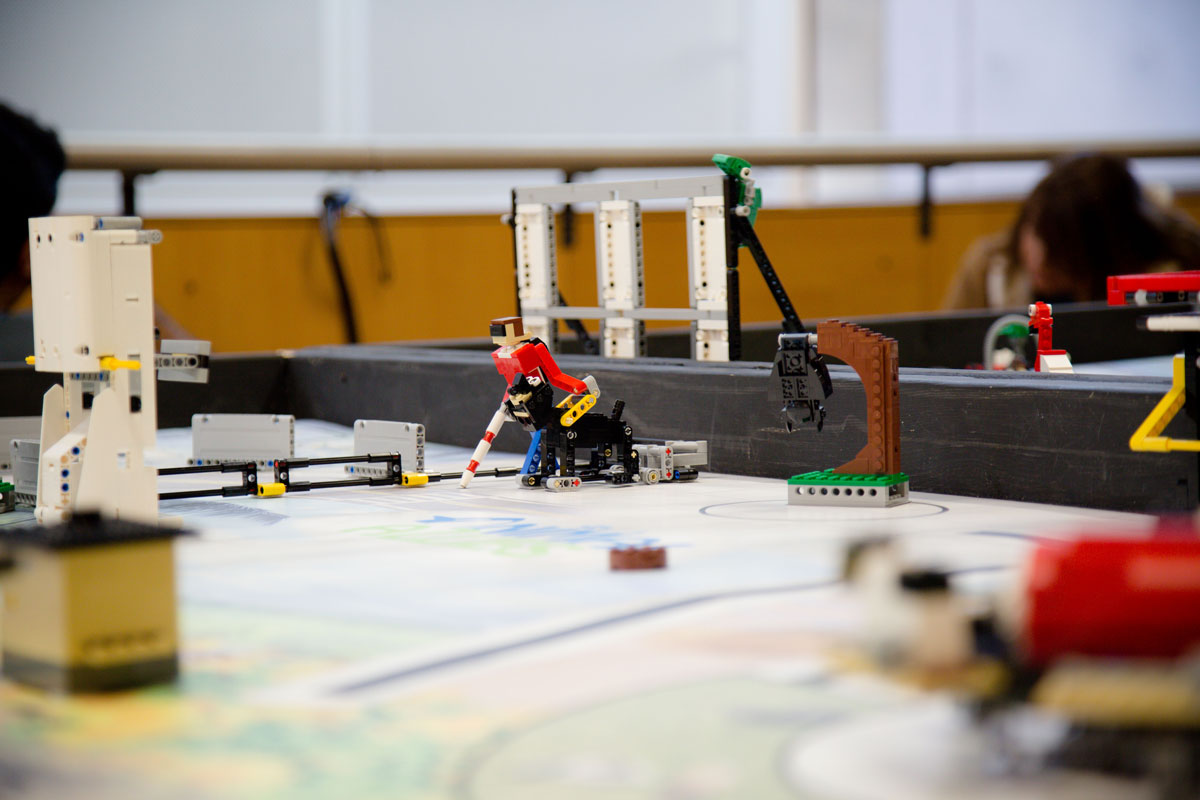 “While the decline in STEM education is a threat to the national economy, it becomes an even larger threat to local economies such as Clayton and the surrounding counties whose sustainability and growth largely depend on local talent,” Bailey says.

CIMS partners with the College of Arts and Sciences to host the University for Parents and Students program each year. The event brings families from Clayton County middle schools to learn about Clayton State. While parents attend workshops on financial aid and admissions, students participate in hands-on workshops in areas of biology, chemistry, math and computer science.

“This is an important experience for both parents and students as so many of our students are first generation college students, and being “in the trees,” surprisingly few local families are aware CSU is in their backyard,” Bailey says of the University’s outreach efforts.

Bailey says the FIRST LEGO League robotics competition and Clayton State’s other efforts to increase youth engagement in STEM will continue to flourish in Clayton County.