Preserving a Piece of Homegrown Georgia

What do you do with a box of old tapes from the 1990s that highlight daily life and culture in Georgia? That was the question Virginia Angles and Riley Griffin had to answer this past year.

The students, who are in the master of archival studies program, were each selected to participate in the Public Broadcasting Preservation Fellowship funded by WBGH Boston’s Educational Foundation.

Clayton State University was one of five universities across the nation to host fellows. 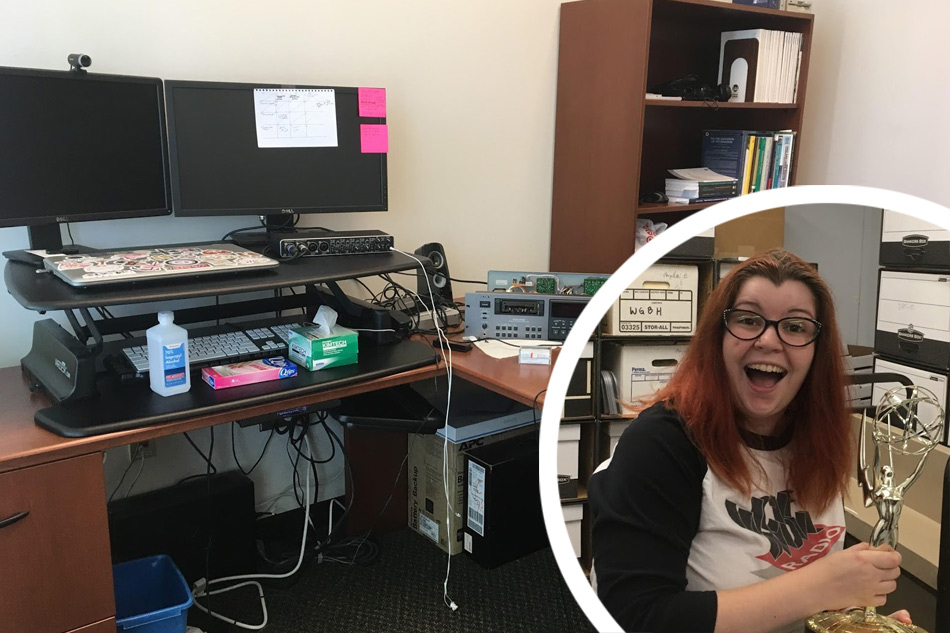 Both Virginia and Riley spent time at the Georgia Archives just around the corner from Clayton State, digitizing tapes from a notable radio show recorded by Georgia Public Radio called the Georgia Gazette.

“You got to hear from everyday Georgians about festivals, things that they were inventing, books they were writing—a lot of small-town stuff,” says Virginia, the spring 2018 fellow.

One of the longest-running Georgia-centric radio shows from 1992-2000, the Georgia Gazette was a weekly show that featured segments about history, politics, public figures, news, and consumer information.

“If you want Georgia pride in a single show, that’s what it was,” Riley says.

Both students were tasked with taking digital audio tapes, known as DAT tapes, and converting the audio to a digital file. The tapes, which look like cassette tapes, had been sitting in a box in the corner of an office for a long time.

“People were eyeing it wondering if they could throw it away,” Virginia says. “[But] digitizing that information and making it globally available is a big step forward for us.”

Virginia and Riley spent hours listening to each tape, adjusting the audio levels and ensuring the final product was of good quality for a listener. At times, it was a balancing act for Riley, the summer 2018 fellow, because it was important to xir to not edit the audio in a way that could affect its context.

“If I change and edit that material, it’s not the same material that I received,” xe said. “It’s the material I received with my own influence on it. And I’m not archiving me.”

Creating metadata about each show episode proved difficult for Virginia. Often, she noticed that the radio hosts would not mention the date or year they were recording for the episode, instead using words like “today” and “tomorrow.”

What helped was listening for when a reporter would read the local headlines. Virginia could use Google to find information related to those news items.

“I couldn’t do it for every DAT tape,” she says. “But if the news headline was important enough on a national level, I might be able to find it online and at least get a decade on when the DAT tape was made.” 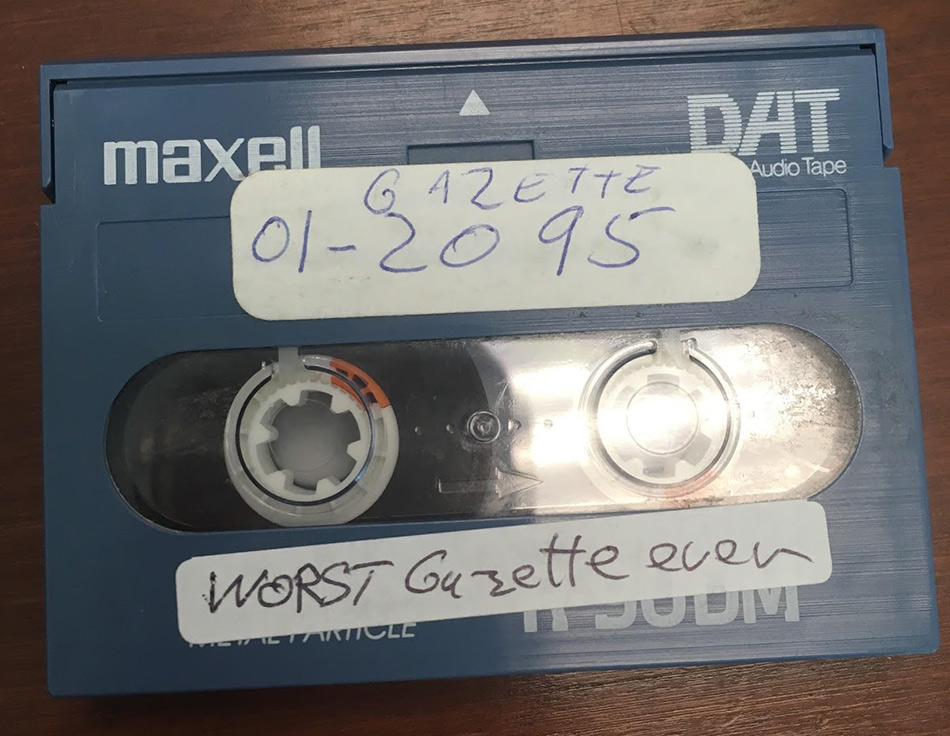 Some of the tapes Riley archived also included other programming on them. So not only was it necessary to archive the Georgia Gazette, xe had to make sure any additional shows or recordings were filed on the metadata.

“After Georgia Gazette, it would have a little bit of another show,” xe says. “So, I have a lot of tapes that are the Georgia Gazette plus an extra hour of jazz.”

For Riley, a New York transplant, the experience opened xir eyes to the shift in the racial and political landscape at the time for Georgia. Xe noted that some stories on the episodes revealed still-lingering racial animosity among citizens with issues related to race and education.

“You can see much more blatant racism still alive in Georgia,” xe says of some of the episodes. “It was something they would talk about and dance around in the tapes.”

Virginia found that the tapes provided a glimpse into the ordinary–and sometimes eccentric—lives of Georgians. One episode in particular, included an interview from a citizen offering tips on an unusual form of weed-killer for a garden—beer.

“It was very homegrown,” she says.

For both students, the experience gave them the necessary knowledge and skills in digital archiving that employers are currently seeking.

Riley is working on a video game archiving project and serves as the community archivist for the Atlanta Freedom Bands, a queer pride visibility marching and concert band organization in the city.

Virginia just secured a job as archivist for Waffle House.

“I learned an entirely new skillset from this fellowship,” Virginia says. “I’m not as scared of this type of archiving anymore.”