The mission was simple: find a plant-based alternative to the farm-raised protein that could feed people, while at the same time eliminating the environmental effects that animal agriculture poses.

Yet, the Impossible Burger raises questions on the future of food production. Could we be at the next frontier of engineered food that could drastically change what we eat and how it impacts the planet? 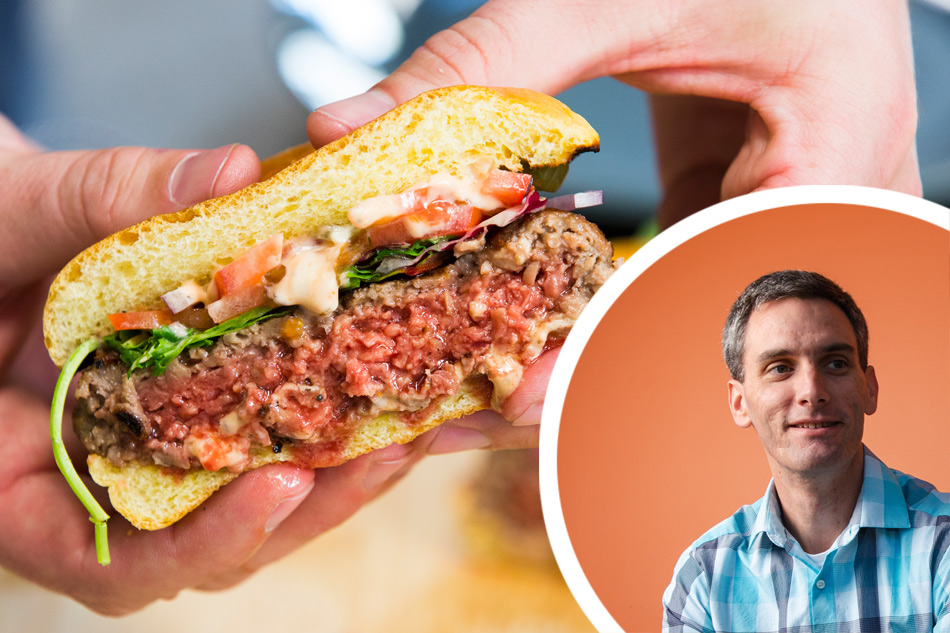 At the onset of the agricultural age, humans found numerous ways to preserve and prepare animal meat for human consumption.

Salting, smoking, pickling, and fermentation were ways that ancient societies preserved food and avoided spoilage. By the 19th and 20th centuries, thanks to science, techniques including canning, freezing, pasteurization, and dehydration gave food a longer shelf life and improved food safety.

Those food preservation methods not only changed the way people kept food, but it increased the availability of different foods to the public. It also signaled a shift toward more processed foods coming onto the market.

“When we look at ingredients in more modern, mass-produced foods, we notice some changes. While many meats were traditionally smoked or salted to preserve them, freezing and better refrigeration methods allowed for less salt,” says Dr. Richard Singiser, associate professor of chemistry. “However, mass production and profit margins cause other changes in ingredients.”

Mass produced “meat products,” for example, have substantial qualities of fillers added to give the customer the illusion of a larger meat portion in the packaged food, Dr. Singiser says. As a result, the nutritional quality of the product is reduced in an effort to keep costs down.

“Healthy food, food access, and mass production are not equal and unlimited supplies,” he says. 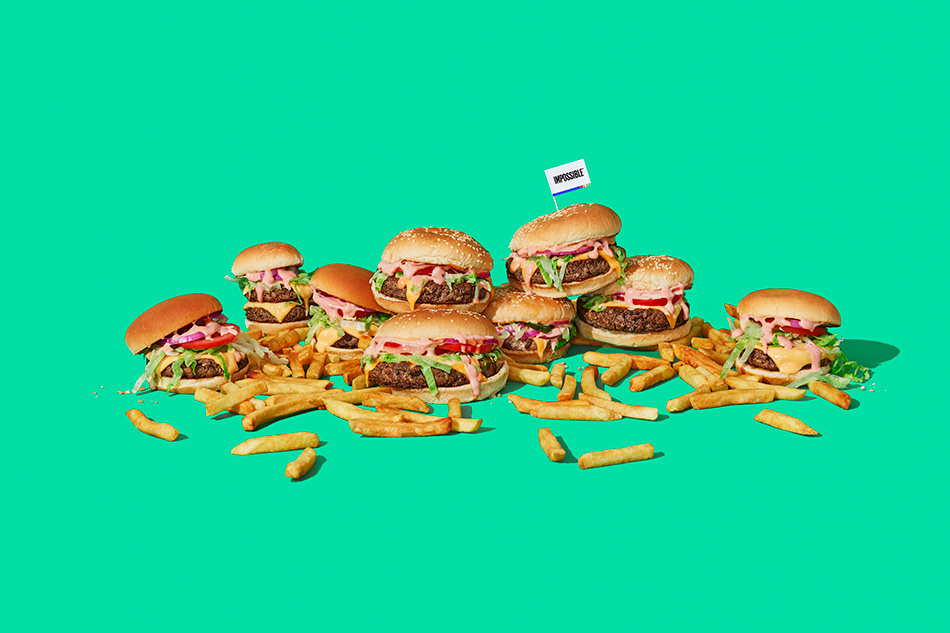 The greater demand for less-expensive food among consumers has created some unintended consequences for our food supply.

“Scientists try to mass produce food to deal with that,” Dr. Singiser says. “They engineer foods to have specific nutrients or be resistant to weeds and pests, but it can make scientists question whether they are doing a good thing.”

Even now, as the popularity of organic food continues to grow, it comes at a cost, Dr. Singiser notes.

“Healthy food, food access, and mass production are not equal and unlimited supplies,” he says. “There are many economic, social, and technological challenges that will need to be worked out.”

Those uncertainties about the food supply and the future needs of a worldwide population that is 7.7 billion and counting, is what led Stanford University biochemistry professor Patrick O. Brown to start his company Impossible Foods in 2011 and create the Impossible Burger.

Brown and his team discovered the secret ingredient to making a plant-based burger taste like meat that could attract more meat-eaters in an effort to reduce their consumption of animal-based protein.

Heme, a component of a protein molecule that gives blood its red color and is an oxygen carrier in living organisms, could also be found in plants and legumes. The Impossible Burger’s heme is sourced from the leghemoglobin molecule found in soy plants.

To replicate the texture and greasiness of a burger, coconut fat, textured wheat, and potato proteins were added to the mix.

&“I think it can be a much healthier alternative for people, especially people who have health implications with eating meat,” Dr. Singiser says.

Chemistry and biology students at Clayton State University studied the chemical structures of meat from different animal sources as part of a new food science course offered in the fall of 2018.

Taught by Dr. Singiser, students explored the different protein structures of various animal sources–cows, poultry, pork, and fish–comparing how their chemical compounds affect texture, aroma, flavor, and spoilage. The lesson in meat culminated in a taste test experience that looked at plant-based versus animal-based meats.

Students who tried the Impossible Burger had mixed feelings about the taste and texture of the burger.

“It was interesting because I really like actual meat. I’m always kind of wary of alternatives,” says biology major Jordan Daniel. “But it was actually really good. The texture of it was a little bit different from the real burger, but it was still close enough.”

Others felt while the Impossible Burger was tasty, it still didn’t match the flavor of a real burger.

Dr. Singiser says further study into creating food sources that move people away from traditional animal farming could have long-term positive effects on the environment, including a reduction in land area use as growing plants takes less resources than cultivating animals that eat the plants for nourishment.

“As soon as society can get on board with understanding that [the Impossible Burger] actually is kind of a synthetic product, nothing is fake if you will,” Dr. Singiser says. “All of the molecules and plant binders are real; they come from a lot of different sources and are mixed together. When people are accepting of the knowledge of science and knowledge of chemistry and how it’s put together, it can definitely be a step in a direction toward a lot more people having access to healthier foods.”

What do you do with a box of old tapes from the 1990s that highlight daily life and culture in Georgia?

Beaming with a bright smile and a welcome greeting