CHICKEN WITH A SIDE OF DREAMS

“I was in Truett Cathy's Sunday school class and he asked if I wanted to work for Chick-fil-A to start earning money,” says John. “My parents also thought it was a good idea, so I could learn how to work as a team, learn responsibility and be in a good working environment.” 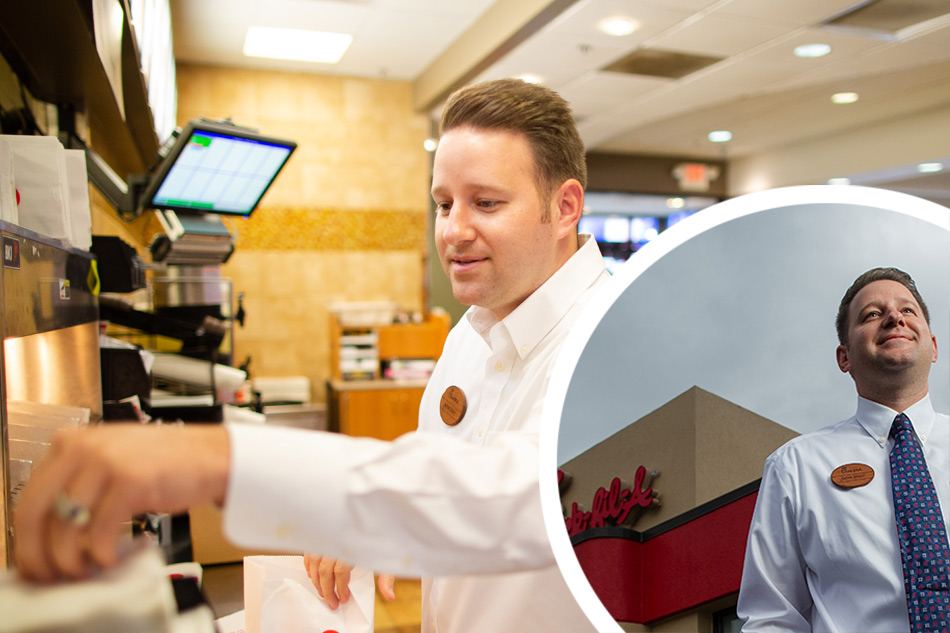 By the time John was 18 and graduated from high school, his thoughts turned toward becoming a franchise owner. His passion for listening to others’ stories and serving caught the eye of his operator at the Chick-fil-A.

“No one in my family had ever gone to college and I wanted to set the bar for my family. I wanted to have a better life for my kids and show them not to ever give up on your dreams,” John says.

“Chick-fil-A has always been known for developing people,” John says. “I stayed with them because for the first time at 20 years old, I had a franchise owner believe in me and show me the gifts and talents I had. He helped me see my value and purpose in life and made sure I had the tools to succeed.”

That owner’s vote of confidence gave John the push he needed to make entrepreneurship, education, and mentorship the core of his professional and personal values. He quickly realized to achieve his dreams, he had to go to school.

“No one in my family had ever gone to college and I wanted to set the bar for my family. I wanted to have a better life for my kids and show them not to ever give up on your dreams,” John says.

He chose Clayton State to achieve his dreams because it was affordable and close to home.

“I also heard the professors were top notch and would be able to get me to my next step in my career,” says John, who graduated in 2016 with a bachelor’s degree in Organizational Leadership from Clayton State.

Upon completion of his degree, an opportunity to become a Chick-fil-A Owner/Operator was within reach. In fall of 2017, he officially began running the Snellville, Georgia location.

Besides running a restaurant, John mentors 25 to 30 local high school students who have the potential to become a future Owner/Operator. It is a two-year program through Chick-fil-A that allows him to get to know each person to better enrich their lives and support their entrepreneurial spirit.

“I teach them skills such as servant leadership, teamwork, and how to better use their talents and gifts. I also teach them things in my journey that I have learned and what it means to be a good steward of your time, money and resources,” John says. “He who is faithful with little, more will be given.”

What do you do with a box of old tapes from the 1990s that highlight daily life and culture in Georgia?

Beaming with a bright smile and a welcome greeting