While most fans are still reliving the memorable moments from Super Bowl LII, those that worked the big game are closing a chapter on months of preparation leading up to NFL’s most important Sunday.

Clayton State alumnus Scott Ashworth ’15 is one of those people. As the director of security for Atlanta United FC, Scott earned the opportunity of a lifetime to serve on the security team at Mercedes Benz Stadium for this year’s Super Bowl.

“In the short time I have worked in the sports and entertainment security industry, my goal was to be a giant sponge, soaking up as much information and experience as humanly possible,” Scott says. “In this short time, I found myself on security teams working Atlanta United games, Atlanta Falcon games, SEC Championship games, an MLS Cup Championship game, an MLS All-Star game, Super Bowl 52, and other large-scale events. These experiences have helped me hone the abilities necessary to be an effective team member and leader for an event such as Super Bowl 53.” 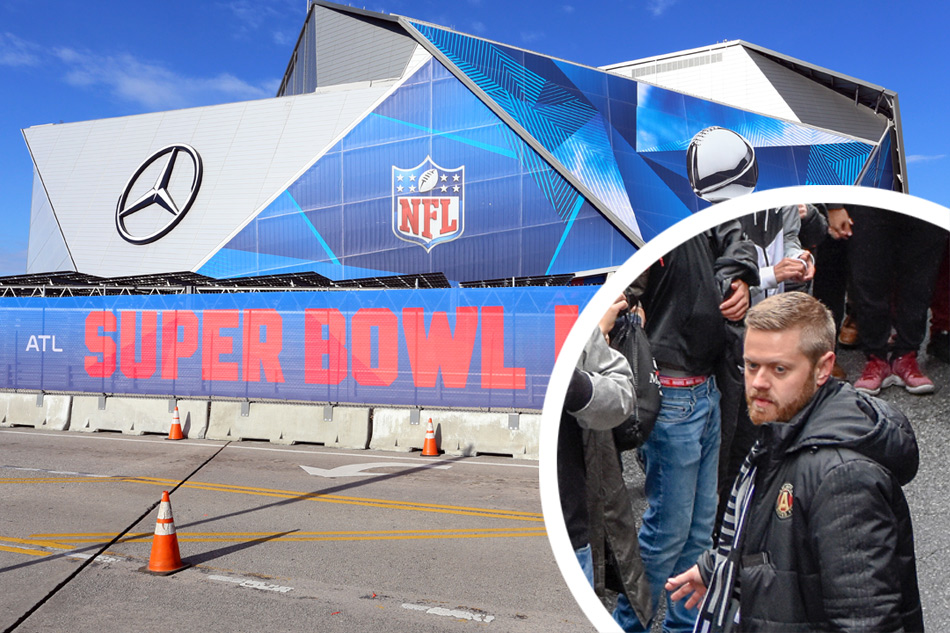 Preparing for the 53rd championship game was a year-long effort for Scott. As a contracted member of the security for last year’s Super Bowl, Scott had the opportunity to go to Minneapolis and get an up-close look at operations for game day and pre-Super Bowl events.

That meant managing security around the NFL Experience and the NFL Tailgate Party, as well as being responsible for post-game on-field security between the Patriots bench and the Patriots end zone.

“During this time, I observed how the Super Bowl and surrounding events truly take over a city,” Scott remembers. “The events draw thousands of fans every day to exhibits, concerts, attractions, meet and greets with celebrities and athletes, and other fun activities. With all this, there is a great need to keep everyone safe. The cooperation between security, NFL security, national guard units, and law enforcement from every level work together to provide a high level of security.”

With so many high-profile sporting events to his name, it’s easy to forget the journey it took for Scott to be where he is professionally.

His educational career began at another university where he was studying business. After discovering business was not his passion, Scott spent some time soul-searching for the right path for his career. It took recalling his dreams as a child to decide where he would go next.

“I remembered my days as a child and how I idealized police officers,” Scott says. “I took some advice from my five-year-old self and set my sights on being an officer.”

"The cooperation between, security, NFL security, national guard units, and law enforcement from every level work together to provide a high level of security.” –Scott Ashworth ‘15

“There is simply no more rewarding feeling after a long day of work than the feeling of making a positive difference in someone’s life,” he says.

While serving with Forest Park PD, Scott began to think about returning to complete his college degree. He knew this would not be difficult as he was working nights as a crime scene investigator, and he wondered to himself how it could be done. However, after approaching his chief and Clayton State adjunct professor Dwayne Hobbs, Scott knew Clayton State would be the right fit for him.

As a non-traditional student with a full-time job, Scott faced the challenges many Clayton State students face. However, also like many students, he had professors who were empathetic to his hectic work/school schedule and walked him through the plan to complete his degree. 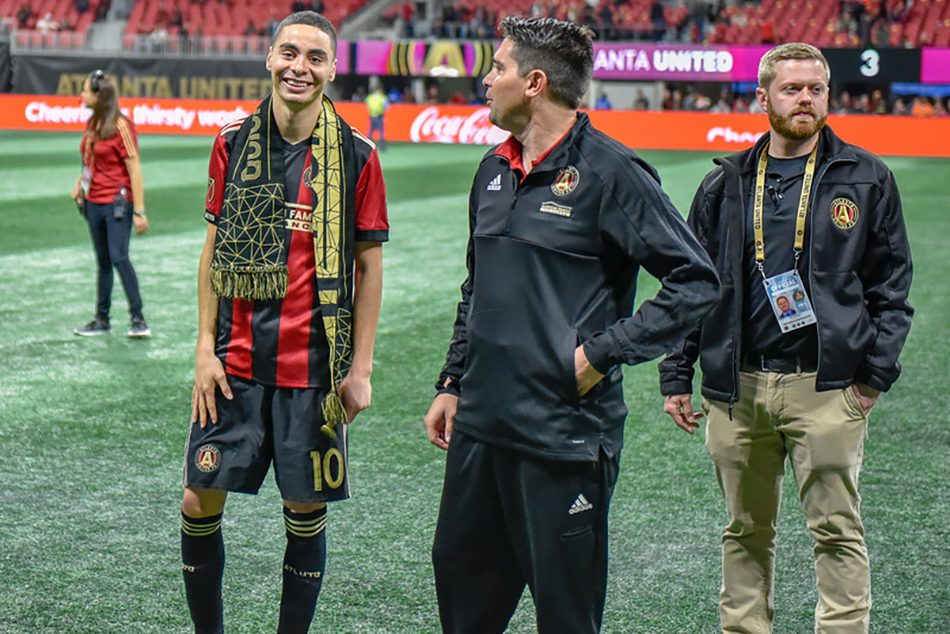 As Atlanta began preparing for the first season of Atlanta United soccer, a close friend of Scott’s told him about the position of team security manager. With his aforementioned love of sports and the skill set he had built on the police force and at Clayton State, he applied and began working with the organization in September 2017.

“With as many moving parts as a professional sports team has, it’s a huge responsibility to ensure the safety of not only the players, but staff, fans, and assets of Atlanta United,” Scott notes.

That same sentiment was quite true for this year’s Super Bowl where it was estimated that more than150,000 guests were expected to be in Atlanta with over one million people attending various events, according to the Atlanta Journal-Constitution.

But if you ask Scott, his team is ready for any challenge–even the Super Bowl.

“The security team at Mercedes Benz Stadium has hosted major events, multiple celebrities, and even sitting presidents,” Scott says. “I work with what I believe to be the best team in venue security around the world.”