Tacos And a Touch of Community

For Katy Bell ’18, the restaurant business has been a part of her life since she could remember. Growing up in a small town in Colorado, she would watch her dad and mom run their family-owned restaurant.

“I’d walk to kindergarten and then after school, I’d walk to my dad’s restaurant,” she says.

As she got older, Katy took on waitressing jobs, but it was her oldest brother who attended culinary school and became a chef. Katy, a high school graduate, eventually moved to Georgia to support her other brother, serving in the military, and his family.

She worked her way up from being a mail clerk at a corporate office in Atlanta to becoming a property tax consultant, then ending up at Home Depot, where she headed up the corporate property tax department. 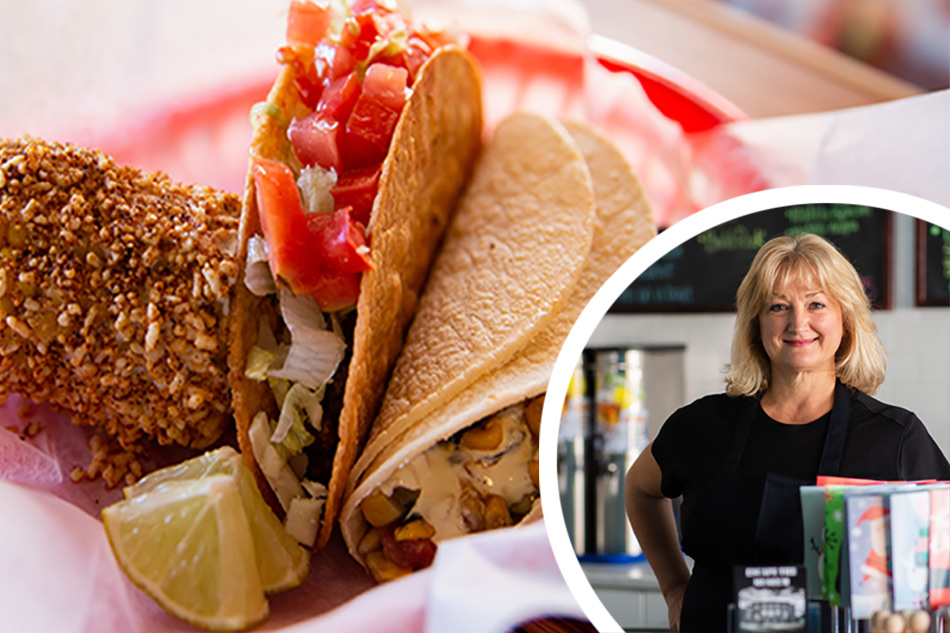 Still, Katy knew she had a passion for the food business.

“I thought it would be cool to have my own little restaurant,” she says.

Her big break came in an unusual way. After 15 years with Home Depot, Katy got laid off in January of 2013. It was quite a time for her, she recalled, because she was a newlywed and learned a month after losing her job that she was pregnant.

Unsure of what her next move would be, Katy’s husband encouraged her to go to college. He had graduated with both an undergraduate and graduate degree from Clayton State University and thought it would be a good fit for her. He signed her up to start in the summer of 2013.

“I was too ignorant to know the difference, but he loaded me up with five classes that summer,” she laughed.

As a nontraditional student, going to college was a huge change. Katy had to enroll as a freshman and get used to the rigors of college.

Her baby was due in September of that year, and she had to miss two weeks of class. To make matters difficult, her newborn son struggled with a number of illnesses in his first two years, including a clogged tear duct and a dislocated hip that required a hospital stay and a full-body cast.

“Otherwise I wouldn’t have done it. I would have given up.”

In spite of the circumstances, Katy persevered and was awarded Clayton State University’s Women’s Forum Scholarship. The funding pushed her to finish her degree.

“I can’t quit because I’ve earned a scholarship, and someone believes in me,” she says.

Within months before completing her degree, Katy went on a few job interviews. She quickly realized that entrepreneurship was her path.

“Everything I’ve learned in school is being put into place,” Katy says. “From marketing, to networking, to management, to hiring, to the HR classes–everything I took at Clayton State has given me more of a foundation to do this project.”

A friend told her about a vacant storefront on the McDonough Square in McDonough, GA. She went to Facebook to poll her friends and family on the food concept. Tacos and ice cream were the winners.

By the summer of 2018, she began renovating the space, tapping into the local business community to help with the design of the restaurant, which includes a colorful mural painted by a local artist. 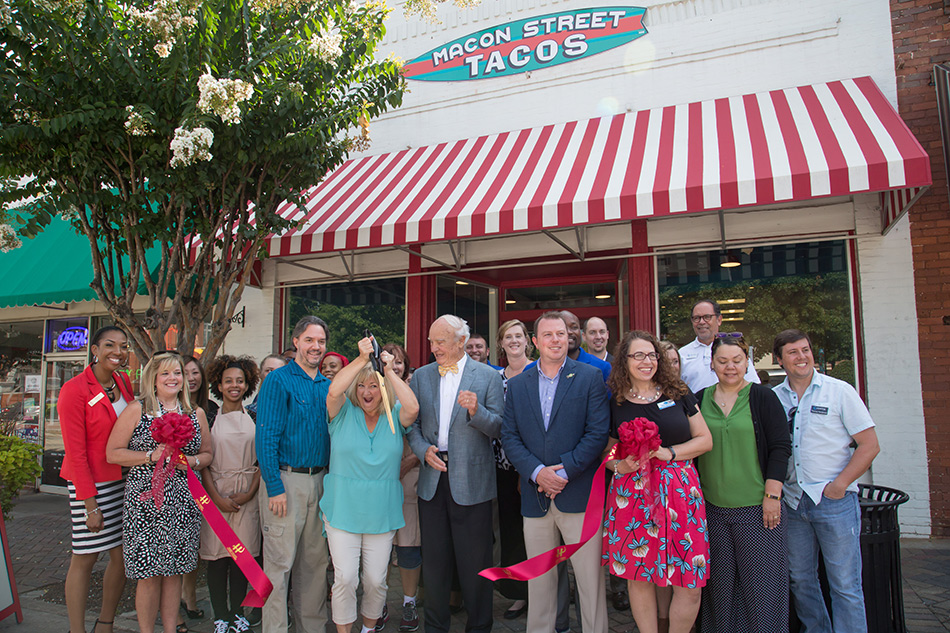 “Everything I’ve learned in school is being put into place,” Katy says. “From marketing, to networking, to management, to hiring, to the HR classes–everything I took at Clayton State has given me more of a foundation to do this project.”

And it’s paying off. Katy’s customer base is growing, and she’s thrilled to be a part of the revitalization happening on the square.

Her cantina space in the back of her restaurant has become a great social gathering spot and has welcomed guests like the local rotary club and the Henry County Players. She’s also struck up a deal with the camera museum nearby for a date night deal for couples looking to have a fun night on the town.

Katy has truly come full circle from those childhood days of watching her dad serve locals a warm meal. With her own business, she hopes to continue the legacy.

“I would love to be a destination on the square–to be somewhere fun and festive, and community focused,” she says.