Each of these titles perfectly describes Kayla Mobley ’13, and while the foundation for her personal and professional success may not have begun at Clayton State, it was certainly where it was set in place and became the launching point for her to make her dreams a reality. 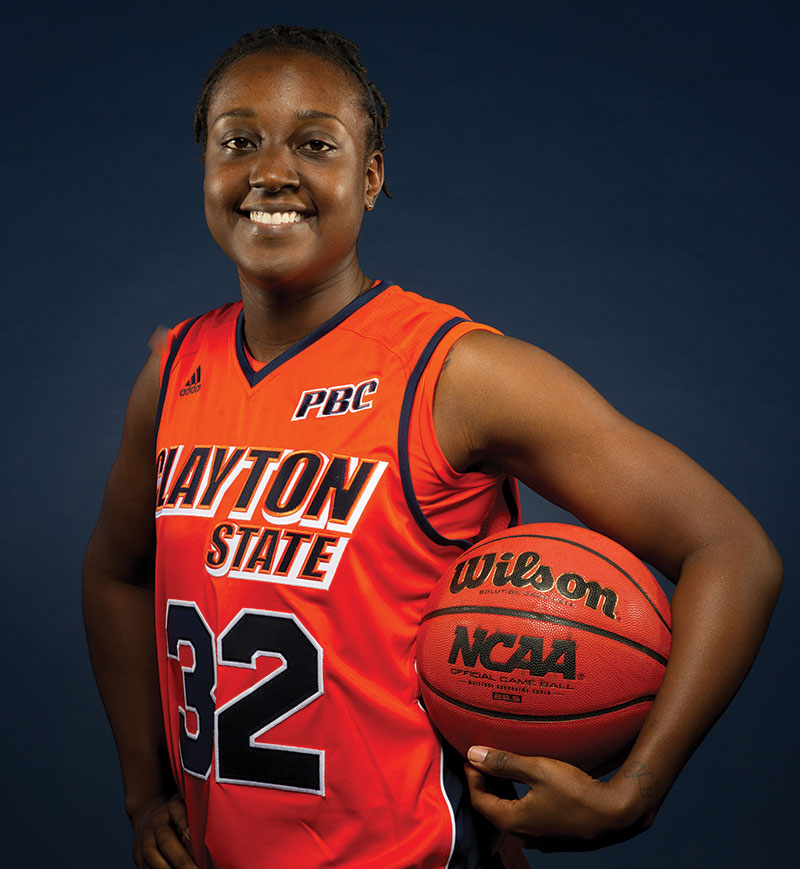 Joining the Lakers women’s basketball program in the fall of 2010 after a season at North Florida, the 5-foot-11-inch point forward made an immediate impact on a team that already had six straight NCAA Division II tournament appearances and a pair of regional titles.

The next three years that Mobley donned orange and blue was the most successful stretch in the history of the illustrious program. In that time, she helped lead Clayton State to an incredible 96-6 overall record, 47-2 mark at home in The Loch and nearly unbelievable 52-1 record in the Peach Belt Conference.

Those wins would lead to more, as the Lakers claimed a total of four PBC championships, made three appearances in the NCAA tournament, took two trips to the Elite Eight and, most notably, won the first and only national championship in Clayton State Athletics history.

On their way to a 35-1 season in 2010-11, Mobley and the Lakers proceeded to win all six games in the NCAA Tournament by at least 17 points, capped by a dominant 69-50 decision over No. 3 Michigan Tech on March 25, 2011. It is still the only national championship won by a four-year women’s basketball program in the state of Georgia.

Certainly, the highlight of any student-athlete’s career and often the culmination of a career at the Division II level, it was just the beginning of Mobley’s story.

Following 61 more wins as a Laker, setting the women’s track and field program record for the shot put and earning her degree in psychology and human services in 2013, her journey would take her far afield, courtesy of the sport she loves and the skills, determination and connections gleaned from her time at Clayton State.

“I’ve been on this journey since 2013 and it wasn’t always easy,” said Mobley. “I had to tell myself not to give up just because it didn’t happen as quickly as I would have liked sometimes. I stayed after it and controlled what I could. I would tell those athletes that in order to take their career to the next level they have to eat, sleep and breathe it. You can’t cheat the game. When you step on the court, it will show just how much work you have, or have not, put in.”

The journey she speaks of is one that “shows the work” and has taken her to three different continents and six different countries in the past six years as she’s chased her dream of playing professionally.

One of just a handful of Clayton State women’s basketball players to accomplish that feat, she has been the most successful. After getting her start with the startup Women’s Universal Basketball Association (WUBA) in Atlanta, Georgia, in 2013-14, Mobley would earn the opportunity to play overseas.

That opportunity would take her to Morocco in May 2014 and then to Europe and England with the Northumbria Newcastle Eagles (2014-15) of the Women’s British Basketball League. After averaging 14.6 points, 8.0 rebounds and 1.4 steals for the Northumbria Newcastle Eagles, her journey would continue to Estonia in January 2016 with Tallinna Ulikool before landing back in North America in Mexico for the next year. Then, her career truly started to take off.

She earned Most Valuable Player honors with Soles de Ojinaga and an Alianza Chihuahuense De Basquetbol Championship after averaging a double-double before joining Lobas de Aguascalientes for five months. Her average 18.1 points, 10.1 rebounds and 1.7 steals per game were keys factors in winning the 2017 Liga Nacional de Baloncesto Professional Championship.

Her connections at Clayton State, specifically with the help of former teammate and current assistant head coach Brittany Hall, helped her land her most recent contract. 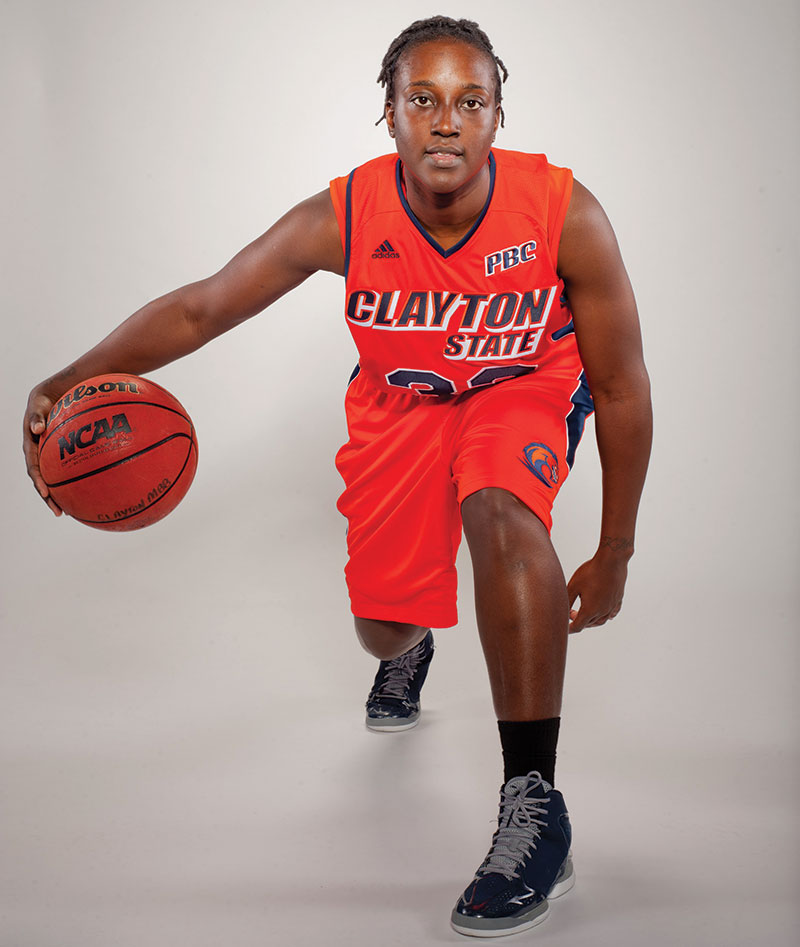 “I’ve received contracts from the teams I’ve played on through networking with people who are in the field of overseas basketball,” said Mobley.

“The coaches at Clayton State have always been supportive and have checked in on me from time to time to ask how everything is going. Brittany put me in touch with Alexia Adams who helped me get the first contract I had in Romania.”

That contact and contract have paid dividends on all fronts as Mobley led Liga 1 Romania in scoring (26.3 ppg) and rebounding (13.6 rpg) while playing for Targu Secuiesc in 2018-19.

That success continued this past year with Mieleras de Guanajuato as she led the franchise to the LMBPF Championship, earning MVP honors behind averages of 19.3 points, 12.1 rebounds and 1.6 assists.

An extremely successful member of the Clayton State Athletics alumni community, Mobley imparts a very straightforward message to those that would follow in her footsteps.

“Do the work now and you will reap the results later. If you want it badly enough, you will go after it no matter what it takes and no matter what anyone else has to say about your dreams. It is possible, but it takes sacrifice, continuous preparation, always being ready for your name to be called and never giving up. You may encounter a few setbacks along the way, but don’t let that stop you.”

On the fifth floor of downtown’s hipster hangout, Ponce City Market, is Mailchimp, a leading email marketing platform known as much for its services as its mammalian mascot.

At 22, Clayton Carte already is making a name for himself in local politics.

When a committee of faculty and staff came together in 1994 to create a time capsule containing historical items from the school’s 25 years since its inception . . .

Conversation with the President

When you move you consume oxygen. When you move fast, your heart rate and blood pressure rises. A metabolic cart can help improve the cardiovascular system of heart patients and athletes alike.