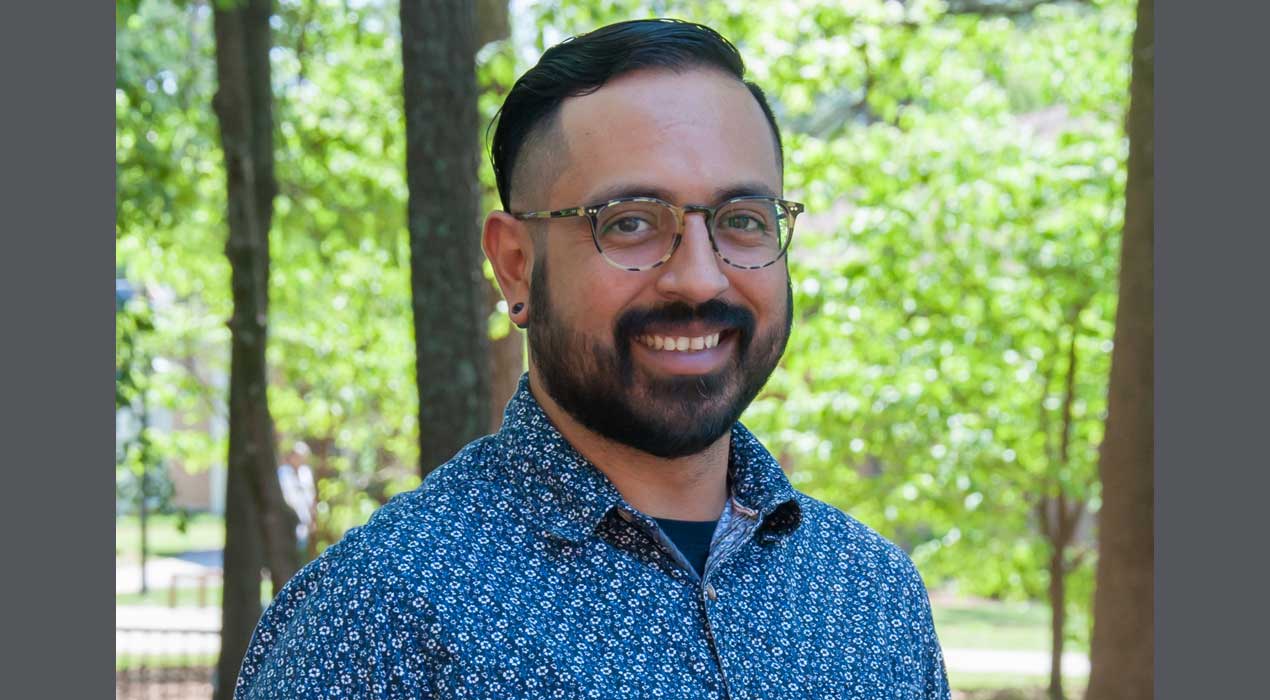 As millions of Americans prepare for the results of what has been called the most important election in U.S. history, millennial and Gen Z voters have emerged as one of the most important voting blocks in 2020. As a result, the young electorate is poised to make the most significant impact on how government shapes up in the coming years.

Political science lecturer David Pena shares insight into what drives young voters to the polls and how early voter education makes a difference in how young people choose to engage in the pollical system.

Marketing and Communications: Researchers say young people tend to vote more if they receive some voter education in high school. But according to the Center for American Progress "State of Civics Education" 2018 report, only nine states and the District of Columbia require one year of U.S. government or civics. Why are the high school years, and taking civics courses during that time, important to developing a young person's civic awareness?

David Pena: I’m reminded of a quote I once read from Ted McConnell at a Ford Foundation meeting. He said, “Not every student will be the next Steve Jobs, but every single dang student will be a citizen.” I think that statement succinctly summarizes why civic education is so important. A democracy such as ours depends on an educated, informed and participatory citizenry. Schools play a vital role in preparing students to be productive citizens.

Your preface to the question highlights where we are in terms of civic education in America. Of course, it’s important to note that state requirements and local curriculums can differ so we shouldn’t assume that simply because a state does not require a civics or government course that it automatically entails that there are none. However, the point still stands in that there is a lack of a systematic and effective approach to civic education. For example, research from Tufts University researchers found that 46% of students in high school either were not told where and how to register to vote or did not remember the information being presented. That’s almost half that were not even aware of the first step: registering!

The question itself is telling and highlights our thinking about civic education in the United States. One of the reasons it’s so important to engage students at the high school level is that we have waited until the last minute to consider how to include these soon to be adult citizens in the national discourse. Research bears out the idea that starting civic education early and continuing it throughout the K-12 experience leads to more of the desired outcomes related to civic engagement, primarily civic commitment, efficacy and knowledge.

To the point of the question, high school civics education is important because it has a lasting and positive effect on the likelihood of becoming a participatory citizen. It increases the likelihood that students will engage with their government and community in an effective and productive manner and that they will know how to participate. This is also an opportunity to compensate for the disadvantages associated with low socioeconomic status. It is especially important given the fact that young people, primarily those with no college experience, are less likely to be contacted to vote (a major influencer in mobilization) and have less information (partly as a consequence of the lack of contact) on how begin the voting process.

MC: As a college professor of political science, have you encountered students with various levels of civic awareness and engagement? What have they told you are the reasons they have gotten involved in politics and government?

DP: Absolutely. I’ve had students that are running for, or hold, elective office and I’ve had students that had zero experience (at least from their perspective) engaging with the government or civic life. The latter group is the focus of our civic engagement project in POLS 1101. Most students come away from the experience with a better appreciation for, and understanding of, the importance of civic life. I think one of my favorite reactions was from a student that did not realize how much zoning affected their neighborhood. That sort of awareness prompted the student to keep attending these meetings since they realized they could participate in the process that had, until then, been part of an invisible “they” that made the decisions.

So, there’s one example of a reason a student became involved. But the reasons can be as varied as the students themselves. Some have been drawn to politics because of the power involved. Others have been interested in understanding the process from within. Some have the desire to help improve their communities. And there are those that do it because they think it’s their civic responsibility. Primarily, I find that students desire to be heard and to leave a lasting and positive impact on their communities and that’s why they get involved.

MC: Polls show that young adults will be the most decisive voting block in this election. A recently released Harvard Youth Poll found that 63% of young adults age 18-24 say they "will definitely vote" in this year's election. What about this year's events have pushed more young people to vote? And how is the energy among young voters different than in 2016?

DP: This finding is in line with other research done on the issue. There is an increasing interest in politics from the young and they are not just paying attention passively, but they are also getting involved. Even given the disadvantages discussed previously, the young are set to make up a larger share of the electorate than they did in 2016 and in 2018.

The answer to what has pushed so many young people to vote is what you probably expect the answer to be: COVID-19. This, coupled with the reinvigoration of racial justice protests, particularly those sparked by the murder of George Floyd and police violence in the Black community, has led to increased attention and participation, particularly amongst youth of color.

Around 77% of youth in the Tuft’s research said that the COVID-19 pandemic has helped them realize that their political leaders impact their daily life. This makes sense. When you’re home all day, your schools are closed, people you know have gotten sick or died, and you see the disproportionate impact on communities of color, the increase in interest and action makes sense. But it is also a vital component to participation. That these things matter. That they have an effect.

Not only has there been an increase in those that say they “will definitely vote” from 2016 (47%) to now (63%), but 83% have the belief that they can effect change (efficacy) and another 62% consider themselves part of a movement.

If we look at this from various demographic standpoints, the point becomes clearer still. Youth of color, when compared to their White counterparts, are more likely to have advocated a policy and to have participated in a march or demonstration. This is driven more so by women than by men, particularly women of color. 36% of women have participated in marches or demonstrations compared to 20% of men.

On issues of the pandemic and race, these young citizens are more critical of President Donald Trump and more supportive of former Vice President Joe Biden. They are also more critical of the media’s coverage of the issues that matter to them compared to older Americans, particularly those on race. Less than half of young Republicans support President Trump’s handling of the George Floyd protests.

So, the youth of 2020 are more involved, more aware, more confident in their ability to have an impact, and more determined to participate than they were in 2016. Just take a look at the current voting trends wherein six million people under 30 have already voted compared to two million in 2016.

MC: Do young people generally follow the politics of their parents or do some shape their own political identity? And does greater knowledge about government and politics influence personal political actions?

DP: This is a pretty straightforward answer. Yes, children often vote for the same party as their parents. This makes intuitive sense since the family is where you primarily acquire your values. This is a likelihood and not a guarantee. Just look at President Reagan’s son Ron. There are various explanations on how we obtain our political preferences, but family is a primary influencer. Education does have an effect on political ideas and, consequently, personal political actions. For instance, you will only vote if you know how to register and cast your vote. But more than that, it can shift how you view politics and government. It’s true that students go to colleges and universities and are confronted with a slew of different perspectives and ideologies. This generally has the effect of promoting positive perceptions of those with opposing views. So, in short, yes to all three.

MC: Lastly, do you believe the 2020 elections signals a new direction for American politics where millennials and Gen Z will become more politically engaged and advocate more for how they want to see their world?

DP: Elections are often influenced by outside conditions. Whether that is something like 9/11 or Pearl Harbor, or the COVID-19 pandemic. It is hard to say that the 2020 elections signal a new direction for American politics, if by that you mean a consistent trend in voter behavior that is different from the previous trend. While many that are now active should theoretically remain active, the long-term effects of the unique circumstances that are fueling the current level of engagement are, obviously, unknown and harder to predict. I wouldn’t be surprised to see some drop off in engagement as (if) the world emerges from quarantines and shutdowns.

Gen Z and Millennials have very similar stances on a wide variety of issues. Further, Gen Z is the most diverse cohort on record and are set to be the most educated generation to date. Given what we currently know about the effects of education on participation and on the activation and mobilization of the young and their levels of efficacy, primarily women and people of color, I expect that they will continue to be participatory.

Now You Know invites faculty and staff to share their expertise on various topics. Any views or opinions expressed do not represent Clayton State University.